← Previous: Pedestrians
↑ Return to category menu
Next: Other Road Users →

It is often difficult to see motorcyclists and cyclists, especially when they are coming up from behind, coming out of junctions, at roundabouts, overtaking you or filtering through traffic. Always look out for them before you emerge from a junction; they could be approaching faster than you think. When turning right across a line of slow-moving or stationary traffic, look out for cyclists or motorcyclists on the inside of the traffic you are crossing. Be especially careful when turning, and when changing direction or lane. Be sure to check mirrors and blind spots carefully. 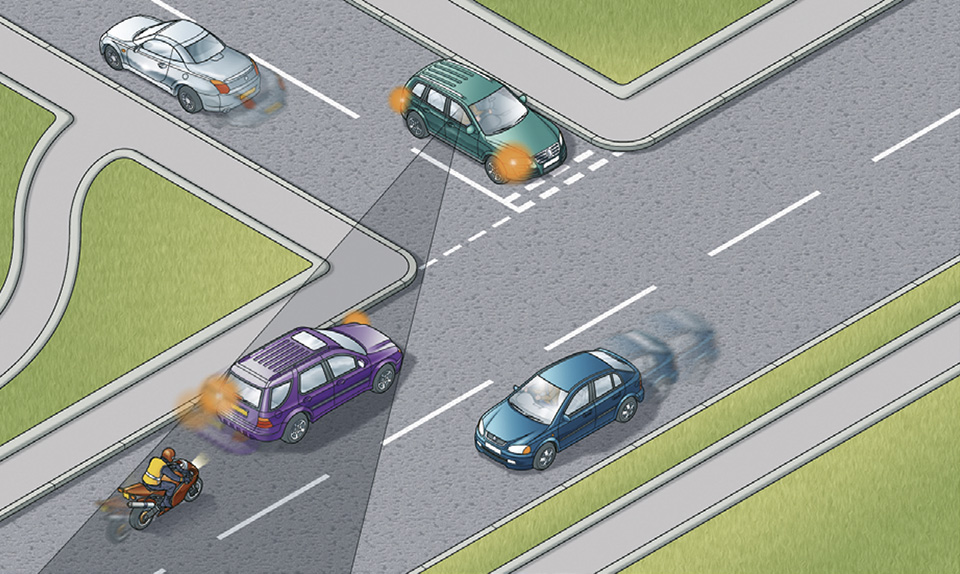 Rule 211: Look out for motorcyclists and cyclists at junctions

When passing motorcyclists and cyclists, give them plenty of room (see Rules 162 to 167). If they look over their shoulder it could mean that they intend to pull out, turn right or change direction. Give them time and space to do so.

Motorcyclists and cyclists may suddenly need to avoid uneven road surfaces and obstacles such as drain covers or oily, wet or icy patches on the road. Give them plenty of room and pay particular attention to any sudden change of direction they may have to make.

← Previous: Pedestrians
↑ Return to category menu
Next: Other Road Users →
Vehicle Driving Test Practice
Car Test Practice
Motorbike Test Practice
Highway Code
Rules
Example Illustrations
Annexes
©2021 MyTheoryTest.com
webmaster@mytheorytest.com
Contains public sector information licensed under the Open Government Licence v3.0.
Privacy Policy
This site uses cookies, which my include using your data to help tailor the adverts to be more relevant to you. By continuing to use this site, you are agreeing to our privacy policy. Ok Learn more about how we and our partners collect and use data.
Privacy & Cookies Policy